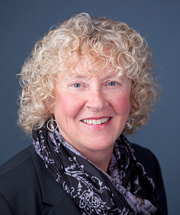 LAWRENCE – Sharon Graham, a longtime executive at the University of Kansas, will retire in August 2021. Graham started at KU in 1986 and is currently Vice-President, Continuing and Professional Education (LPE).

“I so appreciate Vice-President Graham’s dedication to the university and her commitment to excellence. Sharon has led KU’s continuing education unit through major changes in higher education and workforce development, ”said Barbara A. Bichelmeyer, President and Executive Vice Chancellor. “As any leader hopes, Sharon has indeed improved her unit and leaves it well positioned for the future. Expectations regarding LPE’s service to communities, industry, and the people of Kansas and beyond have been rising steadily for many years, and we certainly expect that to continue. Sharon has ensured that KU not only meets these expectations, but continues to innovate and lead. “

Emily Zentner, Director of Business Services for LPE and Associate Director of Tax Services for the Edwards Campus, will assume the role of Acting Vice-President of LPE effective August 20. She has held several tax management positions at LPE since arriving at the university. as Commercial Director for the KU Aerospace Short Course Program in 2008.

The portfolio of LPE programs Graham oversees is both diverse and essential, including the Kansas Law Enforcement Training Center (KLETC), Kansas Fire & Rescue Training Institute (KFRTI), Professional Programs, and the Osher Lifelong Learning Institute. Under Graham’s leadership over the past seven years, LPE has dramatically expanded its career-focused workforce training offerings, such as KU Boot Camps, which have graduated hundreds of people with out-of-the-box technical skills, online offerings, world-class aerospace courses and Leadership Programming. Both KLETC and KFRTI have continued to evolve their programs and services, regularly supporting agencies and departments in every county in Kansas.

“The people at LPE and KU are what I will miss the most,” Graham said. “I will also miss the entrepreneurial spirit of LPE’s programs and day-to-day operations. It was always exciting to see a program go from idea to proposal, to its first class, to its first graduates – often within a matter of months. Making a significant and rapid difference in people’s careers, in communities, for employers and in the success of LPE is very rewarding.

Graham started with what was then known as KU Continuing Education. After a few years in a similar position at Washburn University, she returned to KU Continuing Education. She then served in the graduate scholarship program, then eventually returned to lead continuing education. Graham oversaw the expansion of the unit’s offices at the Edwards Campus in Overland Park to better serve the Kansas City metro area. Under his leadership, the unit was renamed Professional & Continuing Education to better reflect its core workforce development mission. The unit became known as Lifelong & Professional Education in 2020 to include the philosophy that learning never stops.

In retirement, Graham looks forward to spending time with family and friends as well as traveling.

Understanding the right to vocational training